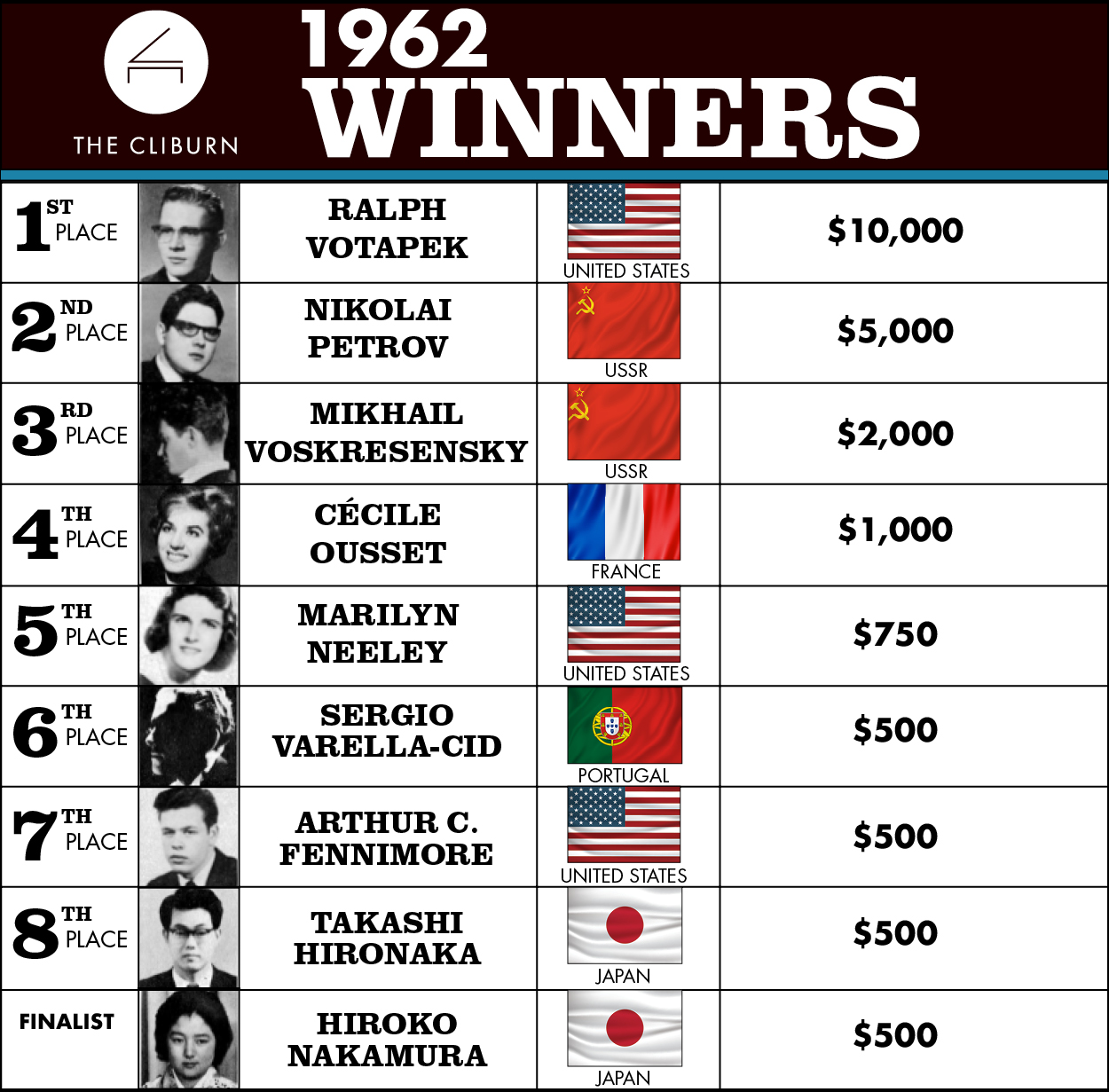 RALPH VOTAPEK The Cliburn’s first gold medalist retired from teaching after decades as artist-in-residence at Michigan State University, but he continues to perform. He has made hundreds of appearances with major American orchestras, and has made a special commitment to Latin America, where he has toured ever other year for more than 42 years. Mr. Votapek was the soloist on Arthur Fiedler’s final Boston Pops recording, and his next CD is a two-disc set of the complete Brahms sonatas for violin and viola with his daughter, Kathryn Votapek.

NIKOLAI PETROV The 1962 silver medalist went on to win silver at the Queen Elisabeth Competition in Brussels and maintained an active performance career in addition to teaching at the Moscow Conservatory. He passed away in Moscow in 2011.

MIKHAIL VOSKRESENSKY Today, this bronze medal winner is distinguished professor and chair of the piano faculty at the Moscow Conservatory; his students have won more than 100 international competition prizes. Mr. Voskresensky has recorded more than 50 CDs, including box sets of the complete Mozart concertos and sonatas.

CÉCILE OUSSET The French-born pianist, who was particularly known for her collaborations with conductors Kurt Masur and Simon Rattle, retired from a very active performance and recording career in 2006. She served as a member of the jury at the 2016 Queen Elisabeth Competition, among many others.

MARILYN NEELEY This American finalist won an Emmy Award in 1970 with her husband, Robert Gerle, for their public-television performances of Beethoven sonatas for violin and piano. She went on to serve as dean of the Catholic University of America in Washington, D.C. Ms. Neeley passed away in 2007 at age 69.

SERGIO VARELLA-CID Basing himself in London, this Portuguese pianist performed throughout Europe, Africa, and Asia after his Cliburn success.