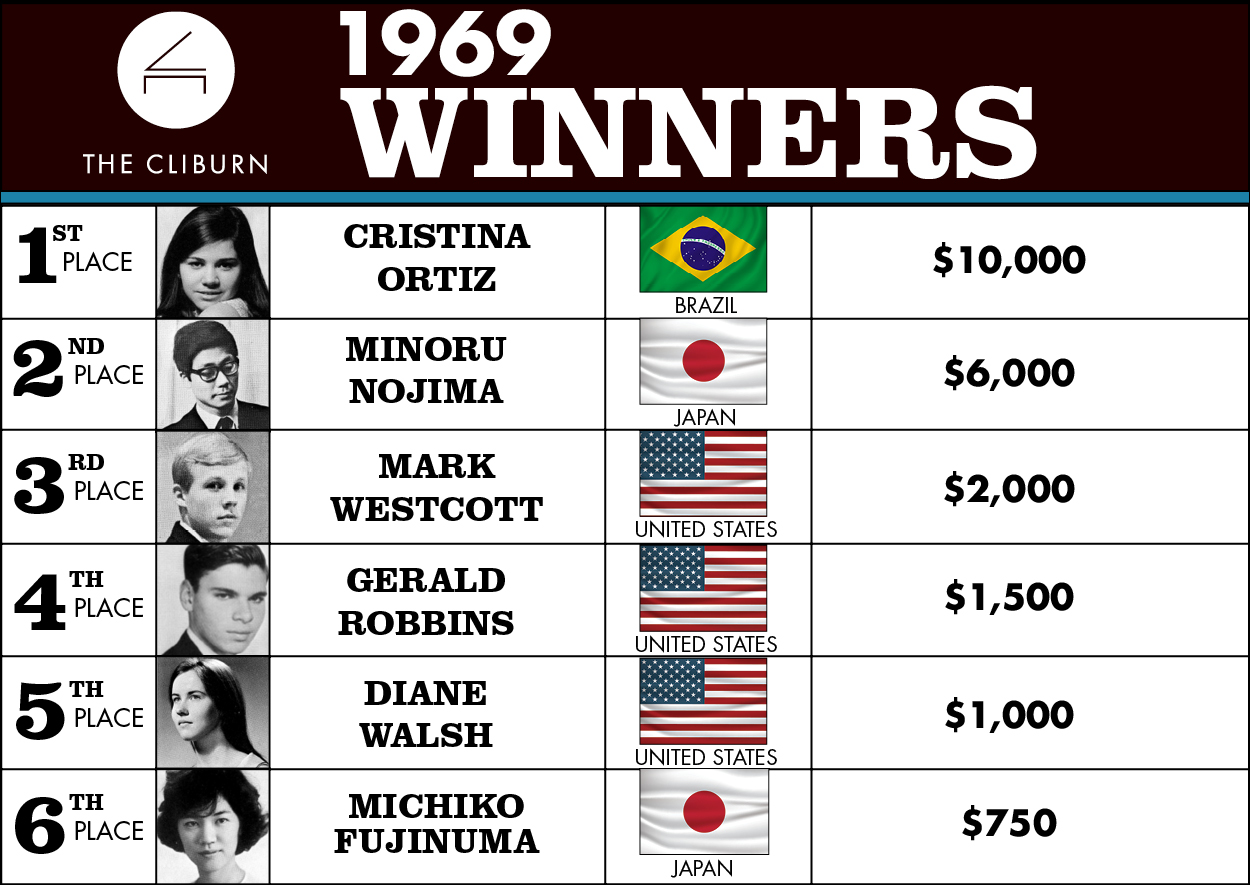 CRISTINA ORTIZ  Now based in London, the first woman to win Cliburn gold has performed extensively with major orchestras and given master classes worldwide. Her 30 albums cover a wide-ranging repertoire and include, most recently, a Naxos release of solo piano works by York Bowen.

MINORU NOJIMA  One of Japan’s most respected pianists, Mr. Nojima made his Carnegie Hall debut the year after winning silver at the Cliburn and went on to a busy performing career. He is president of the Toyko School of Music and served as a juror for the 2013 Van Cliburn International Piano Competition.

MARK WESTCOTT  The third-prize winner went on to win the 1972 William Kapell Competition and maintained an active touring schedule until a hand injury halted his career. He is the author of Playing With Love, a reflection on his career and decade-long battle with cancer, and now teaches piano in Portland, Oregon.

GERALD ROBBINS  Mr. Robbins has distinguished himself in chamber music and is artist-in-residence with the Lyric Piano Quartet at Queens College, CUNY, and a member of the chamber music faculty at the Manhattan School of Music. His pursuits also include conducting and exploring neglected 19th-century repertoire.

DIANE WALSH  Ms. Walsh, a Steinway Artist, won acclaim on Broadway in 2009 for giving 113 performances of Beethoven’s Diabelli Variations in her integral role in Moises Kaufman’s play 33 Variations, which starred Jane Fonda. Ms. Walsh has made 18 recordings, most recently of Bach suites, and frequently performs as a soloist and a chamber musician.

MICHIKO FUJINUMA  The sixth-place winner became a professor at Toho Gakuen University School of Music. She frequently conducts master classes and is often invited to serve on the juries of piano competitions.