The Cliburn announces new online initiatives to bring its worldwide community together virtually, in a safe and joyful space for us all, no matter age, culture, or physical location.

Music can offer us all so much during this quarantine. With these new programs, you can reconnect with great Cliburn Competition performances, learn a few things with your children by listening to Cliburn Kids, and get inspired by the passion of our Cliburn Amateur pianists. Over the years, the Cliburn had broadcast and webcast many hundreds of hours of music. We are happy to connect with you and offer you these great moments of community. —Jacques Marquis, Cliburn president and CEO

Cliburn at Home summer season of the Cliburn Watch Party and Cliburn Kids series will begin on June 15, and plans are taking shape for new offerings for the fall as well. All details to be announced in the coming weeks.

The Cliburn at Home initiative launched March 30 and will conclude its current spring season on this Saturday, May 30. The three new programs—Cliburn Watch Party, Cliburn Kids, and Cliburn Amateur Spotlight—have amassed 3 million impressions online, with more than 1 million minutes of music watched across 100 countries to date. 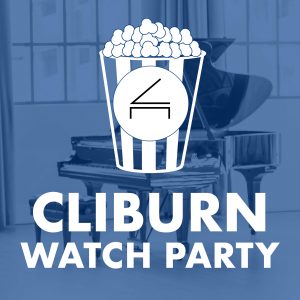 Relive some of the best moments of the Van Cliburn International Piano Competition in a global watch party. Twice a week, we’ll host a Facebook premiere of a full recital or piano quintet from Cliburn Competitions past, complete with a special message from the featured artist. 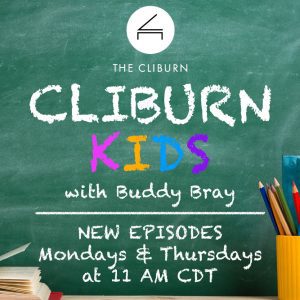 For our youngest Cliburn friends! Take a break from at-home school studies to have some music fun, as we explore rhythm, storytelling, dance, and listening games. Buddy Bray—Cliburn artistic advisor and co-author of the Cliburn in the Classroom signature in-school program—will lead kids on short (7- to 10-minute), entertaining, and educational journeys, twice a week. (Programs are geared towards elementary-aged children; links to at-home supplemental activities will be provided as available.) Cliburn in the Classroom programs written by Dr. John Feierabend and Buddy Bray. 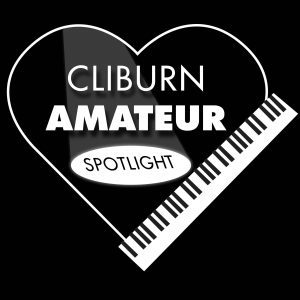 Our amateur pianists hold a special place in the Cliburn Family. Their commitment to music and music-making is extraordinary, as is their talent. The 2020 Cliburn International Amateur Piano Competition has been rescheduled to 2022, but that won’t stop us from celebrating them. Three times a week, we’ll post a performance video submitted by the 72 who were accepted as competitors or festival participants.

SUNDAY, MAY 24
2 p.m. CLIBURN WATCH PARTY – AMATEUR WEEK!
THEY CAME TO PLAY
This multi-award-winning documentary chronicles the 2007 Cliburn Amateur Competition (then the International Piano Competition for Outstanding Amateurs). Candid interviews offer a glimpse into the lives of the competitors, who come from a wide variety of backgrounds and professions. All have struggled to balance their music and their ordinary lives—some overcoming extraordinary challenges—and now, all hope to make years of dedication pay off in the performance of a lifetime. Overflowing with the talent and enthusiasm of the competitors and with the sound of their spectacular music, THEY CAME TO PLAY reminds us all of the passion that burns within us.

Watch with us, and some of the film’s artists, this Sunday afternoon, in a global watch party celebrating what would have been the start of the now-postponed Eighth Cliburn Amateur Competition.